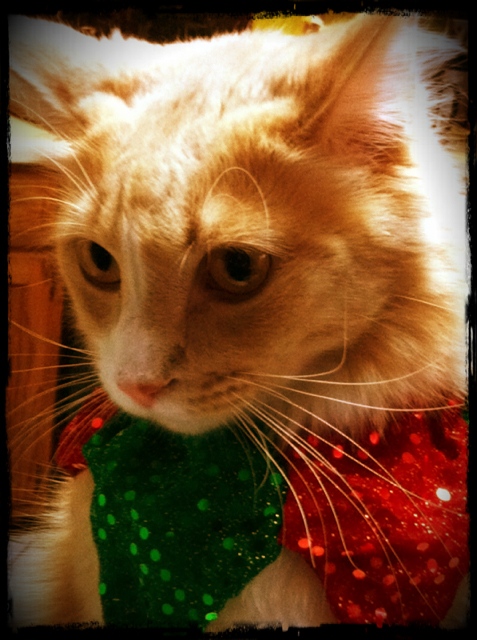 Rocky is not too sure about this dress up thing - but the collar works for him, don't you think? It was only on for the snap of the photo and then it became a toy! A little added Pixlr fun to frame it up was added too.

Then there's Humphrey. He was a little upset as his hat wasn't done in time for the "going to Hunt Valley" photo shoot - along with some others come to think of it - anyway, Humphrey went to live with Lisa in Maryland, but he should have a moment in the spotlight! 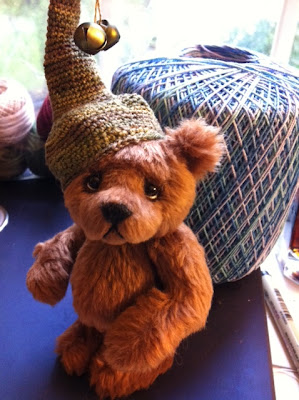 He's an extra fluffy boy - just like Rocky- with that air of expectation about him. I expect Lisa will see that his stocking is filled!

And now, I'm puttin' on my driving shoes again for a quick trip up to "the Burgh" for Kim's birthday on Saturday. I'm going via Maryland to see Jason and his kitties. Don't you know, I've bought plenty of kitty Greenies to take to all my grandkitties!!
Posted by Donna Griffin at 7:17 AM

Rocky looks most fetching in his colourful bow. Little Humphrey's hat is so good for him also,
Hugs
kay

Thanks, Kay! Humphrey was more willing to pose that Rocky - as you might mention!
Mini hugs,
Donna