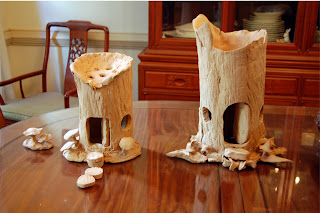 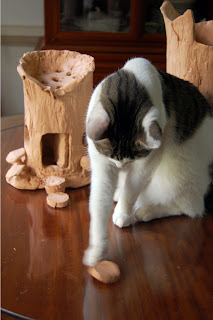 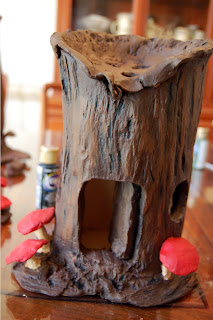 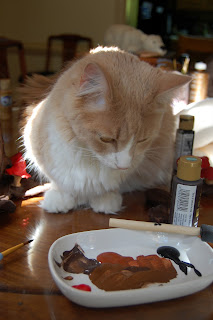 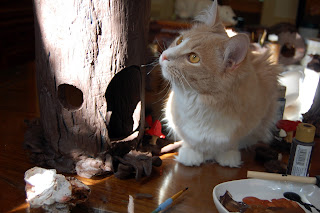 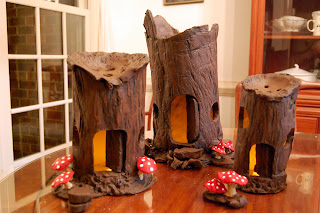 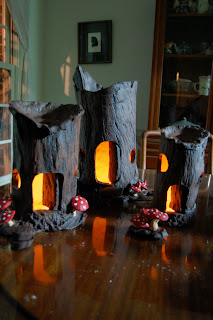 The "tree houses" for my little woodland friends are just about done. They were closely inspected by the kitties when I brought them home from the art center. The first photos show them as they look after being fired twice in the kiln. I used three different values for the trees themselves and Rocky inspected my pallet. With his extra digit, I expect him to put that paw right in the paint any time! The final touch was putting the spots on the mushrooms. I am lighting them with tiny battery operated tea lights so that they don't have to be near an electrical outlet. The only thing missing in the final photos are the branches of holly that I'll put in the top. I don't want to cut those until I am just ready to leave for the show. I'll take some photos of the table with the little friends playing among the houses, building snow bears and bunnies and riding on a sleigh.
Posted by Donna Griffin at 7:40 PM