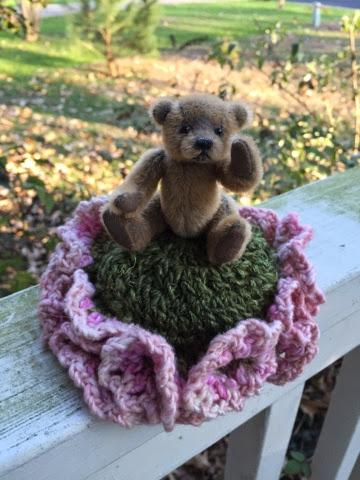 Little Marc Andre sits atop this pin cushion I designed last night while watching Downton Abbey!
So how about trying one?
Here we go!!
I've used that beautiful Noro yarn which is probably DK weight and a size 4 crochet hook. 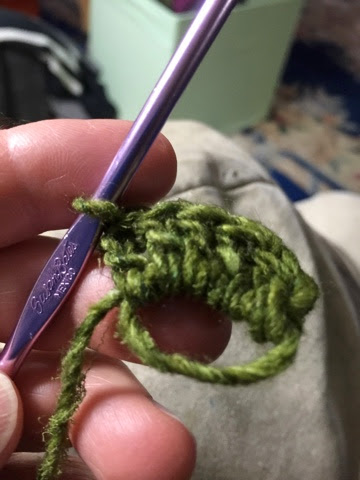 Make a magic loop and then 12 double crochets in that loop. That would be 12 triple crochets if you use Brittish terms! 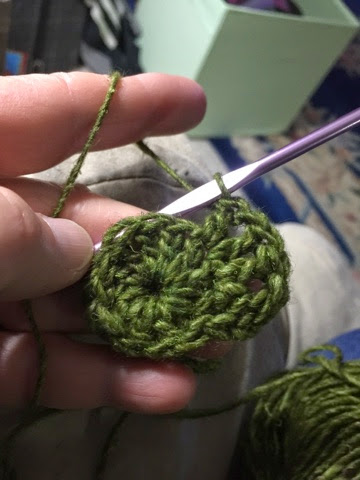 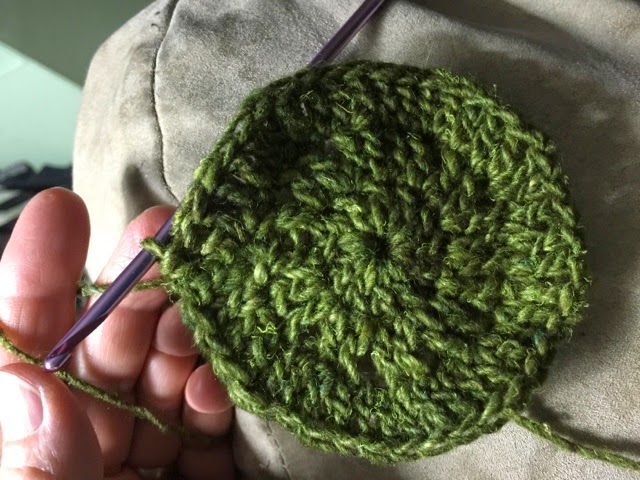 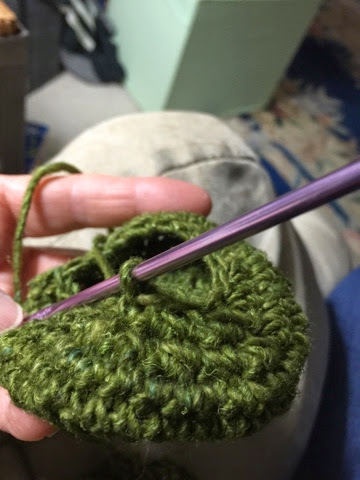 Stuff the little cushion with some of the yarn you've used until it's as plump as you like. 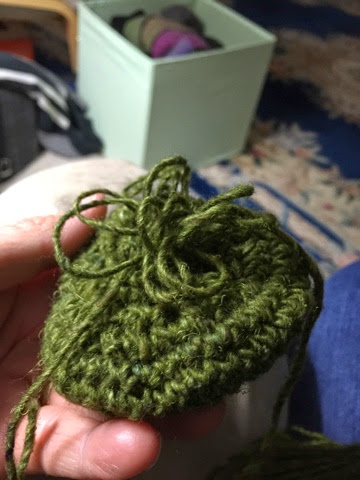 Now let's make the outside of the flower!
Another magic loop and 12 double crochets in it just like we did on the middle bit. 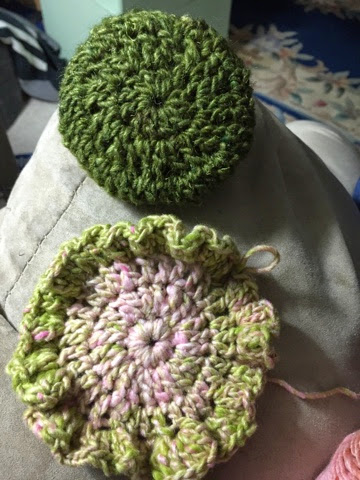 The second round has two double crochets in each stitch of the first round. 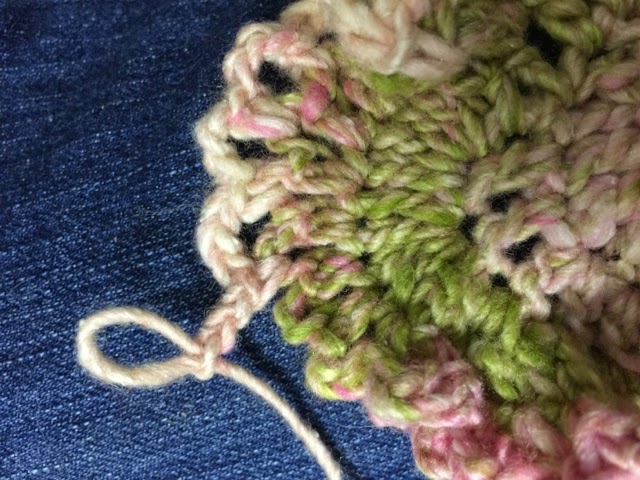 Pull the yarn through the final stitch and weave the end into the stitches. 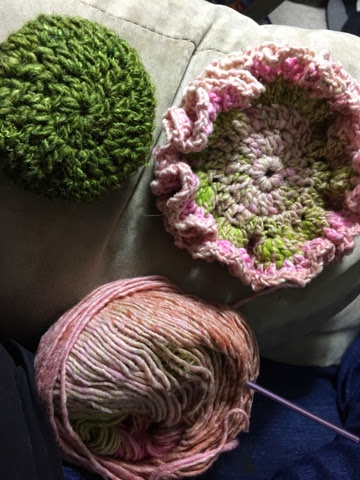 The center cushion fits into the ruffley bit.

Use a tapestry needle to attach the two parts. 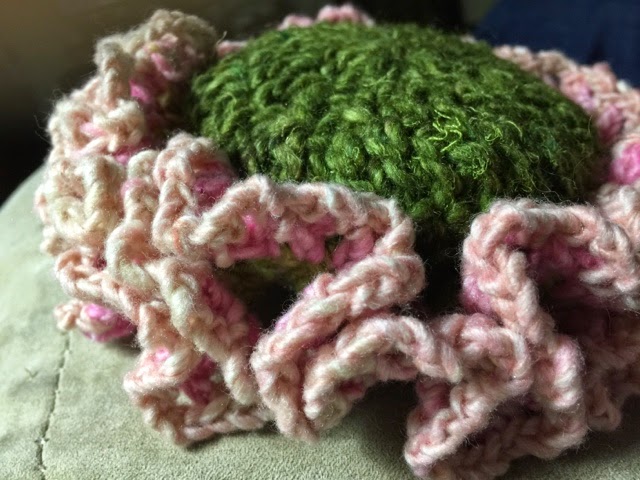 And now you can put a little friend on your new little cushion! Of course, you can always use it as a pin cushion, too! 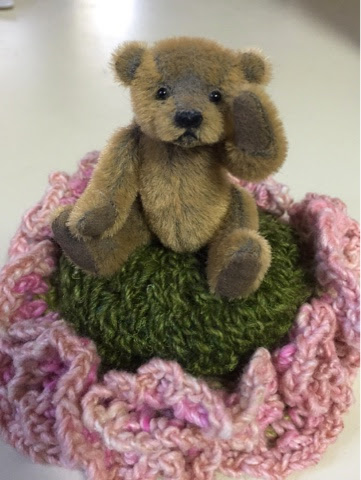 As I made this up as I went along, I'm fairly sure that the pattern doesn't exist anywhere else. Please feel free to copy the pattern, make items from it, sell them, give them away, or do whatever you like!!
I'll try something else when the next episode airs!!

Posted by Donna Griffin at 7:52 PM