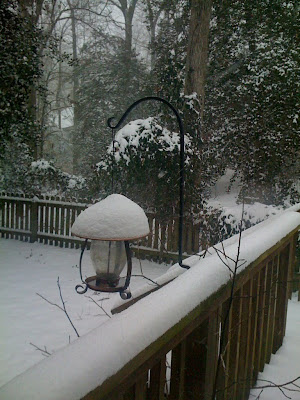 The weekend brought much snow to the Hampton Roads area of Virginia. It was VERY cold, but we didn't lose power - so were toasty and warm. Rose especially is a big fan of snow so I had to record her joy! She was even making snow angels in the back yard! 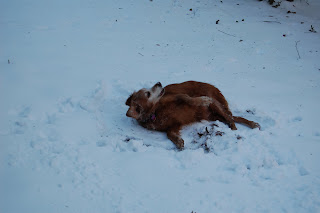 Travis offered to take her for "walkies" and they had a fine time. 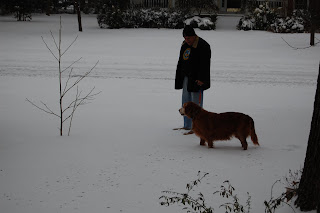 Rocky's enjoyment of the event involved playing with Daddy's boots after the walk. 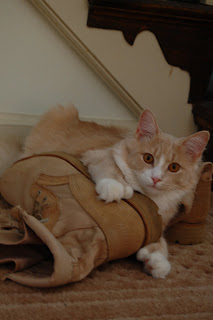 Have I ever mentioned that Rocky has an extra toe ?  .... though he's not from Key West - at least I don't think he is. I'm not sure where he was before arriving at the shelter, but that would be a long walk!
Posted by Donna Griffin at 4:15 PM